Tonnes of food go to landfill whilst one in five Australians experience food insecurity at least once a year. SecondBite exists to make sure that good food is getting to people who need it most, rather than to landfill, by ending waste and ending hunger. 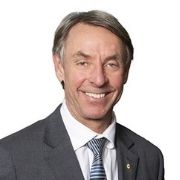 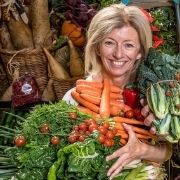 In 2005 Ian and Simone Carson saw food at their local market going to waste at the end of the trading week and decided something needed to be done. They loaded up their car boot and dropped as much food as they could to a local charity to help its homeless meal program. Over the next several weeks, they continued to collect food, bringing friends, family and colleagues along to help out.

Today Ian and Simone are still very much involved in the operations of SecondBite. Ian was our founding Chairman from 2005, officially retiring from the Board in 2017. Simone has been on the board for many years and is the current Deputy Chair. Ian is well known for bringing people together and finding pragmatic solutions to difficult social and commercial problems, which he continues to do on behalf of SecondBite.

In 2017, Ian and Simone, were honoured to receive the Member of the Order of Australia award in recognition of their work. In 2018 they were jointly awarded Melbournian of the Year.

We are one of Australia’s largest food rescue organisations

SecondBite is one of Australia’s largest food rescue organisations. We work with food growers, manufacturers and retailers to rescue surplus and unsold edible food that would otherwise be wasted in landfill, and distribute it to local charities and non-profits around Australia. These charities run food programs to support people in need in their communities. The food we rescue is redistributed to the vulnerable Australians and is also turned into nutritious meals by the organisations we work with. Their community food programs help Australians including:

We rescue and supply food free of charge

We rescue and redistribute wasted food to over 1,400 community food programs across Australia. What sets SecondBite apart is that we supply all the food we rescue to charities completely free of charge. This ensures more fresh, nutritious and culturally appropriate food is reaching those who need it most. The food we provide is transformed into food hampers, community meals, and used for breakfast programs and market-style food banks, to relieve hunger in communities.

By providing the rescued food free of charge, we enable charities to save their money and reinvest it in other services like health and well being programs, counselling and financial relief services.

The organisations we work with make a real difference to people’s lives, providing more than just a meal – they provide support, hope and friendship to those doing it tough.

To date, we have rescued and distributed the equivalent of over 100 million meals.

We are the most efficient food rescue and distribution organisation

SecondBite specialises in the logistics of rescuing, moving, storing and distributing food. By partnering with organisations at all stages of the food supply chain, and focusing on innovation, we have become the most efficient food rescue and distribution organisation in Australia.

We have two main ways that we rescue and distribute food:

Direct Delivery model where we collect food directly from donors, bring the food back to our warehouses, sort and pack the food and distribute it to charities.

Community Connect model where we connect local charities to collect food directly from donors such as Coles. We schedule the collections and manage the relationship between donors and charities.

For every $1 you donate we deliver enough food for up to 5 meals for Aussies in need.

SecondBite is the most efficient food rescue organisation in Australia making the most of donations we receive from:

Since the farmers, manufacturers and retailers we work with, donate their surplus and unsold food to us for free, we do not spend the donations we receive on buying food.

We use the donations to run an efficient food collection and distribution service. Donations are used for operations including purchasing and running vehicles like trucks and vans to transport the food (plus fuel, vehicle servicing etc.); warehouses to store the food; equipment like forklifts and pallets to move the food; as well as systems and people.

Every dollar donated enables us to collect and distribute up to 2.5kgs of food. We allow a generous 500 grams of food per meal : making this $1 donated = enough food for up to 5 meals.

We help to care for our environment

Each year in Australia, an estimated 7.3 billion kilograms of food is wasted, costing the economy around $20 billion. Food waste is to blame for 5% of Australia’s greenhouse gas emissions.

SecondBite rescues and redistributes surplus fresh food otherwise destined for waste to prevent landfill and prevent gas emissions. Producing food requires water, in most cases far more than the volume of the food itself. As a result, SecondBite saves water, saves energy, and reduces pollution.

As our food rescue efforts continue to expand, we will keep contributing to waste reduction towards a more sustainable environment for the better future of all Australians.